The start of 21st century saw the founding of Ping An Insurance (Group) Company of China, a pilot of integrated financial services. The Group’s initial public offerings on the Hong Kong and Shanghai exchanges set records.

The year 2000 opened a new century and Ping An, which was founded in 1988, had just completed its first Chinese zodiac cycle. In those 12 years, the number of staff increased from 13 people to 130,000, total assets of the company expanded from RMB 50million to RMB50 billion, and profits from the insurance business grew from RMB4 million to 22 billion. Ping An was one of the most profitable insurers in China.

The next step in Ping An’s development was to list on the Hong Kong Stock Exchange.

With the gradual expansion of its business and its financial strategy taking shape, listing on the stock exchange was inevitable for Ping An. The company picked Hong Kong as its place of listing and invited Morgan Stanley and Goldman Sachs, the parties that understood it the best, to be its sponsors for the listing.

While preparing for the H-share listing on the Hong Kong Stock Exchange, the two Wall Street giants did a lot of work to get the company ready for listing. The work resulted in an overhaul of a number of businesses that consumed a disproportionate level of capital. Low quality businesses and products were downsized or closed. Then the investment banks and Ping An management went on the road to showcase the business to international investors.

In early 2004, the management of Ping An split into two teams for roadshows in the US and Europe for the listing. In order to attract international investors, Ping An held over 100 seminars and met at least 400 international fund managers to introduce the company and answer questions about its operations, growth and anticipated returns. At times, Ping An management was met with skepticism from some investors, which made them and founder Peter Ma even more determined succeed.

After the roadshows, when the final step of preparation was the decision on the share price for the listing, the anticipation was very high. The management of Ping An knew this was a very important decision. At one stage, in order to maintain privacy, the management left the pricing meeting room and went to the men’s toilet to continue their highly confidential discussion in private. After half an hour, they finally agreed on the pricing, HKD10.33 a share. On June 24, 2004, Ping An was listed on the Hong Kong Stock Exchange and raised HKD14.3 billion, making it the largest initial public offering in Hong Kong’s history at the time. The issue was oversubscribed 58 times and Investor Relations magazine crowned Ping An the “Best Investor Relations for an IPO in Asia”. 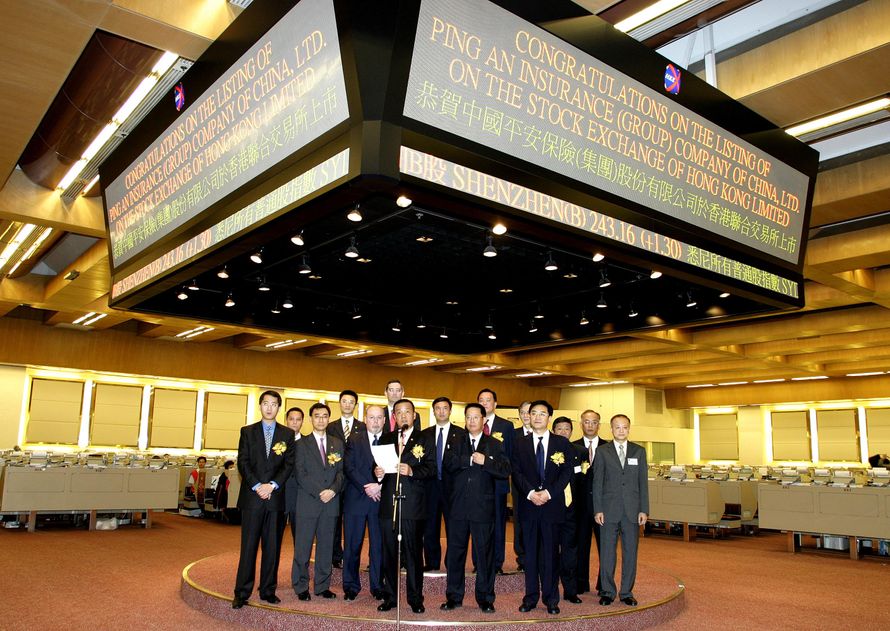 The listing was a success. In addition to investors’ optimism about the Chinese market, Ping An was able to attract international investors due to its strong commitment to international standards and practice and governance. Three years later, Ping An listed on the Shanghai Stock Exchange.

Following its success on the Hong Kong Stock Exchange, Ping An made history again. On Mar. 1 2007, Ping An Group was listed on the Shanghai Stock Exchange (Stock code: 601318.SH), the world's largest IPO of an insurance company at that time. It was also the second largest A-share IPO in China’s history, second only to the listing of Industrial and Commercial Bank of China (Asia) (ICBC (Asia)). On the day of closing, Ping An’s total market value in the two bourses exceeded RMB300 billion. 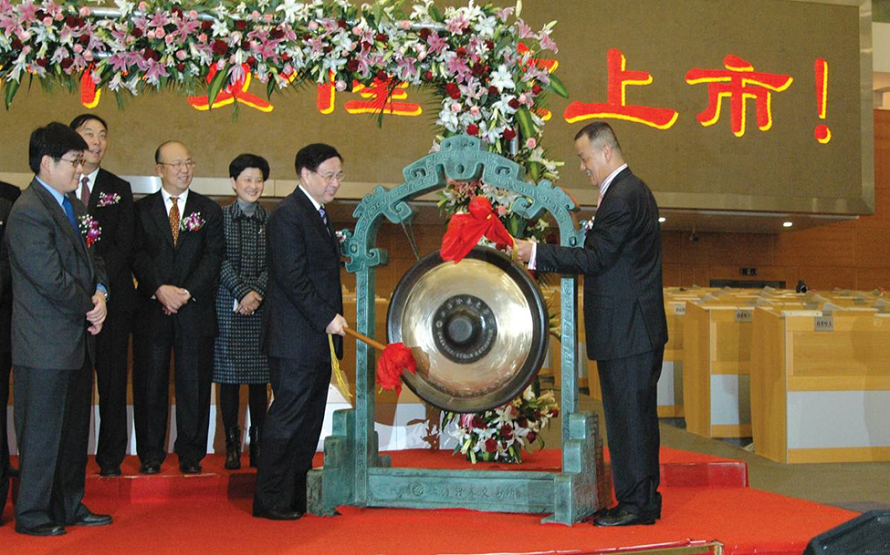 At the same time of listing on the Shanghai Stock Exchange, Ping An Group acquired Shenzhen Commercial Bank, which gave Ping An a bank with scale. The Group merged it with its original Ping An Bank (formerly the single branch Fujian Asia Bank) to form the new Shenzhen Ping An Bank.

With all these exciting developments, Ping An Group became a Fortune Global 500 company, ranked number 462.

(This chapter is working in progress currently. Stay tuned!)