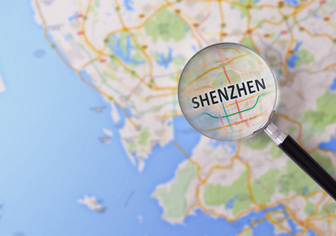 Founder Peter Ma Mingzhe founded the company when he saw opportunity in China’s new economy in Shenzhen in the late 1980s.

Opportunities in China's reform and opening up

Ping An was founded by Peter Ma Mingzhe in 1988 in Shekou, Shenzhen, a coastal area at the southern tip of Guangdong Province in southern China. This was 10 years after the launch of the Chinese economic reform, when China began to open up to the outside world and welcome foreign investment. Shenzhen did not have skyscrapers covering its skyline as it does today. It was little more than a swath of farmland. 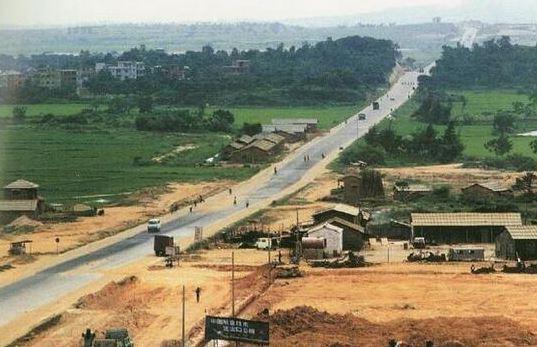 Historically, the state provided the safety net for its citizens. There was no need for life insurance. But things changed with China’s opening up and reform, which saw the rise of private industry and the entry of foreign companies.

Peter Ma moved to Shekou, an industrial town 24 kilometers south of Shenzhen, in 1983. Shekou was included in China’s first Special Economic Zone, which had free market policies to attract foreign investment. In the early days of the establishment of the Shekou Industrial Zone, workers found in the new ‘free market economy’, the government no longer provided accident protection. If workers were injured, they had to pay their own medical bills. There was no personal injury insurance. 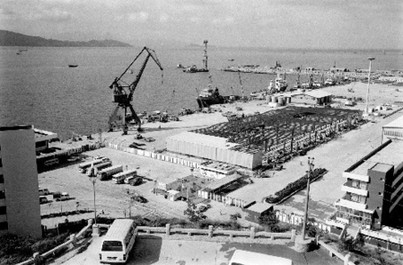 In 1981, the government required factory employers in the Shekou Industrial Zone to pay for employees’ medical fees, pensions and employers' liability insurance. This formed the early concept of “social insurance” and led to the formation of China’s first social security company. Peter Ma, then 31, was the team leader of the Labor and Personnel Office in Shekou Industrial Zone and saw the establishment of the China Merchants Group Social Insurance Company in 1985, which acted as an independent body in administering social insurance policy at the industrial site.

In the 1980s, the insurance business in China was monopolized by The People's Insurance Co. (Group) of China Ltd (PICC). However, foreign investors in China, used to having a variety of insurance options available to tailor to their needs, were dissatisfied. Using the insurance industry in Hong Kong as a model, the Shekou government began to transform employers’ liability insurance into business insurance, opening up the commercial insurance market.

Proposal for a new private insurance company for China

Peter Ma saw an opening for a new kind of insurance to serve the changing needs of the reforming and opening economy, to provide higher and more sophisticated levels of protection and to offer choice to the many foreign companies entering the country.

In 1986, Peter Ma met Yuan Geng, the founder of Shekou Industrial Zone, and shared his proposal to build a new insurance company to provide customized solutions for different market needs. Yuan Geng liked this bold idea. Peter Ma provided a detailed proposal to demonstrate the possibilities. After reviewing it, Yuan Geng endorsed his plan. He wrote a letter to the central government in Beijing to apply this breakthrough initiative.

After numerous meetings and negotiations, coupled with Peter Ma’s unyielding stamina and persistence, the government gradually shifted its position from being “not supportive” to “no objection” to the idea of establishing a new insurance company,

The first filing of an application for an insurance license was in July 1986. Nearly two years later, on May 27, 1988, Ping An was born. It had founding capital of RMB42 million, with 51% of the shares held by Shekou Social Insurance Company and the remaining 49% by China Merchants Bank Shenzhen Trust Company. Ping An became the first joint-stock insurance company ever in China, selling property, transport freight and liability insurance products.

WHAT’S IN A NAME

“Ping An” means “peace” and “safety”, encompassing our promise to our clients and communities that their hopes and dreams are within reach. The name reflects our belief that, with the proper support, everyone can thrive. It was derived from the names of Hong Kong’s traditional insurance company Taiping Insurance (HK) Company Limited and Ming An Insurance Company (Hong Kong) Limited. Peter Ma had attended an insurance seminar in Hong Kong and exchanged name cards with representatives from these two insurance companies. Ma selected a Chinese character from each of the names of these two companies, “Ping” from Taiping Insurance and “An” Ming An Insurance.

Although Ping An is not a state-owned enterprise, the State Council of the People’s Republic of China granted Ping An its Chinese name as “Ping An of China”, recognizing its status as a national business insurance company.

Ping An opened its first small office, with just 200 meters of usable space, on Zhaoshang Road in Shekou. There was a dormitory for six to eight people. In those days, a few of the team chose to sleep in the office. Seeing how difficult life was for them, the Shenzhen Branch of China Merchants Bank showed support by donating an old van, and the staff painted Ping An’s logo and name on the van.

At the time, China was still a planned economy. The private sector and the concept of insurance was still in its infancy in the country. This backdrop and being a brand that was new and unfamiliar to the public meant Ping An’s pioneers had a tough job. Ping An staff had to cycle around town and knock on the doors of every potential client to pitch business, aiming to achieve the goal of RMB5 million in insurance premiums a year, merely one-thousandth of the premiums earned by PICC at the time. Because the company was so new and private enterprise was still a novelty, the local authorities including the police did not recognize their products. Each member of staff had to carry with them a copy of the insurance license of Ping An as proof that they were not carrying out business without a license.

In 1989, the company began to expand business beyond its home base with the slogan “Based in Shenzhen, reaching to the rest of China”. From the early days of the establishment of the business in 1988 to 1992, Ping An’s shareholders expanded from the original two founding shareholders to five, adding China Ocean Shipping (Group) Company, Shenzhen Finance Bureau and Ping An’s employee stocks fund. With these new injections of capital, Ping An progressed to an era of rapid development.