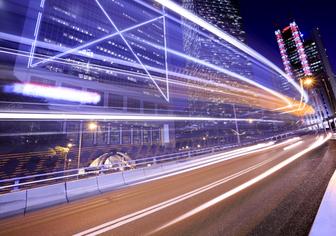 Through the 1990s, Ping An expanded into non-insurance financial businesses. It got a significant boost in 2002 from HSBC, one of the largest financial services groups in the world at the time, with strong ties to China.

1990s: Expansion into investment and banking

Ping An launched in 1988 in general insurance, from marine hull to property insurance. In the early 1990s the company entered the life business. The first decade saw Ping An develop into a full-fledged insurance company. In the next decade, Ping An transformed to reach beyond insurance.

Competition in the financial market competition in China became more and more aggressive as new players entered. It was getting more difficult to win new customers to maintain growth and scale, and the cost of customer acquisition was becoming more expensive. Ping An needed a new way to attract customers to the insurance company. Ping An needed to give customers a wider spectrum of financial services beyond insurance, and it needed to keep things simple.

On simplicity, Sun Jianyi, the Senior Vice Chairman, said, "Regardless of banking, insurance, securities, or trust, the clients' acquisition cost was always very high. However, we could build an integrated financial platform to provide a one-stop solution to retain our clients. In this way, we could essentially save on client acquisition costs."

Ping An realized the integrated finance model was the main driver for competitive, cost-effective growth. And so, another phase of the Ping An transformation story began. With the advice from McKinsey, Ping An knew that wealth management was a critical growth business. Together with the advancement of technology, Ping An was able to pursue an integrated finance model.

Ping An’s first goal was a securities license. It applied for the securities license in 1990 and set up its securities division the following year, subsequently expanding its securities business to the rest of China, including Shanghai, Tianjin, and other cities. In 1995, it made a breakthrough in the non-insurance financial business by establishing Ping An Securities Co., Limited.

In 1996, it acquired ICBC Pearl River Delta Financial Trust Joint Company, which became the Ping An Trust and Investment Company. Its capital increased from RMB50 million to RMB150 million.

In 2001, Ping An became the first company in China to introduce bancassurance, selling insurance through banking channels. Within three years, bancassurance made up more than 10% of the company’s life premium.

This series of developments entering into securities and wealth management was a significant challenge for Ping An’s top management. Ping An needed help. It came in from one of the oldest and largest banking groups in the world.

In 2002, the then 137-year-old HSBC Group acquired a 10% stake in the 14 years old Ping An, becoming its largest shareholder. The London headquartered HSBC itself had strong links with China being founded in Hong Kong and Shanghai in 1865. HSBC became the third international shareholder after Goldman Sachs and Morgan Stanley increased Ping An's net asset value to RMB 120 billion. Three years later, the global banking group doubled its holding to 19.9 per cent by acquiring the shares owned by Goldman Sachs and Morgan Stanley for US$1.1bn (originally purchased in 1994 for US$100m). It was the largest foreign investment made in a Chinese insurer.

At the same time, Ping An signed a strategic cooperation and technical support agreement with the British multinational bank. HSBC would be offering support to Ping An's finance and insurance sectors. 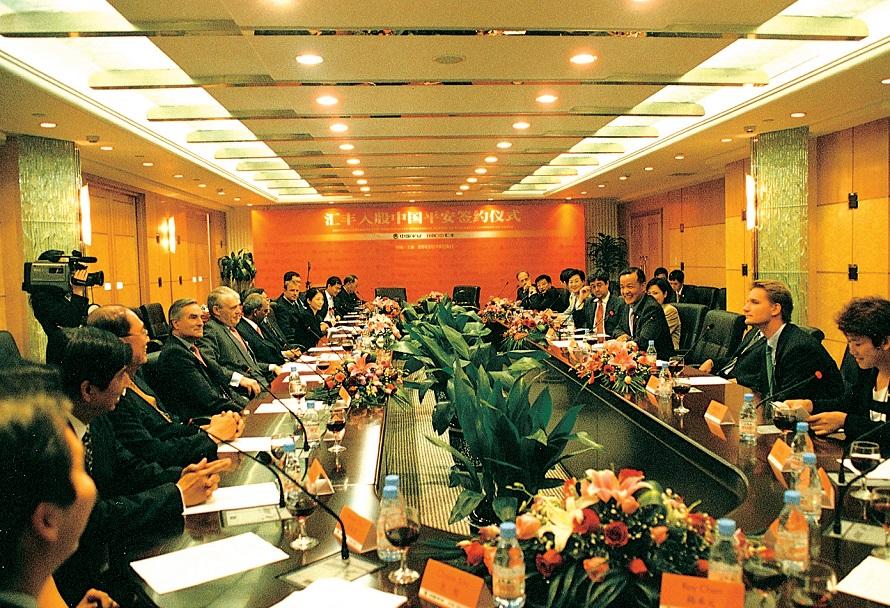 HSBC's support to Ping An was key to the insurance giant's development into an integrated financial conglomerate. Ping An needed a strategic investor with solid banking and integrated finance experience. HSBC's acquisition and partnership was timely. The entire market could see Ping An's commitment in its pursuit of the integrated finance model as it welcomed HSBC as its shareholder. HSBC’s strategic holding also gave Ping An access to invaluable expertise to improve its corporate governance, overseeing a new committee structure covering audit, compensation, nomination and risk management activities.

On Feb. 14, 2003, 15 years after Ping An was founded, Ping An Insurance (Group) Company of China, Ltd., was established, which became the holding group legal entity for the creation of a fully integrated financial services platform.

It was a key step in Ping An’s transformation story. It positioned itself as a pilot company for integrated operations in China's financial industry.

However, founder Peter Ma had another step to take to realize his vision. There was still a key piece missing in the puzzle.

Since 1990, Ping An wanted a license for establishing a bank. The opportunity arose in 2003 with Fujian Asia Bank's acquisition, what was to become Ping An Bank.

Fujian Asia Bank was one of the first seven banks jointly owned in mainland China, and it only had a single branch in Fuzhou, the capital of Fujian Province. Fujian Asia Bank was acquired by the Hong Kong subsidiary of the HSBC Group and Ping An Trust Company, each holding 50% shares initially. Ping An Trust Company subsequently injected USD23 million, diluting HSBC's shares to 27%, making Ping An the majority shareholder.

Although Ping An Bank was small initially, it was the last piece of the puzzle for Ping An's expansion to become an integrated financial conglomerate. This banking license was a dream come true for Ping An.

The start of 21st century saw the founding of Ping An Insurance (Group) Company of China, a pilot of integrated financial services. The Group’s initial public offerings on the Hong Kong and Shanghai exchanges set records.