What happens when over a billion people go on holiday?

The Year of the Pig started with a 9-day public holiday for most of the working population across China. Traditionally this is a time for family reunion and celebrations for a new year of prosperity.

This is particularly true for the wealthier segment in the past Chinese New Year, suggested a new report. The report showed high net worth individuals took no break from growing their wealth, even when the markets were asleep.

Ping An Bank recently issued a report on private banking and credit card customers with over RMB 2 million in investible assets. The report analyzed overall spending and investment data between 20 January and 10 February 2019.

Some of the findings may surprise many: 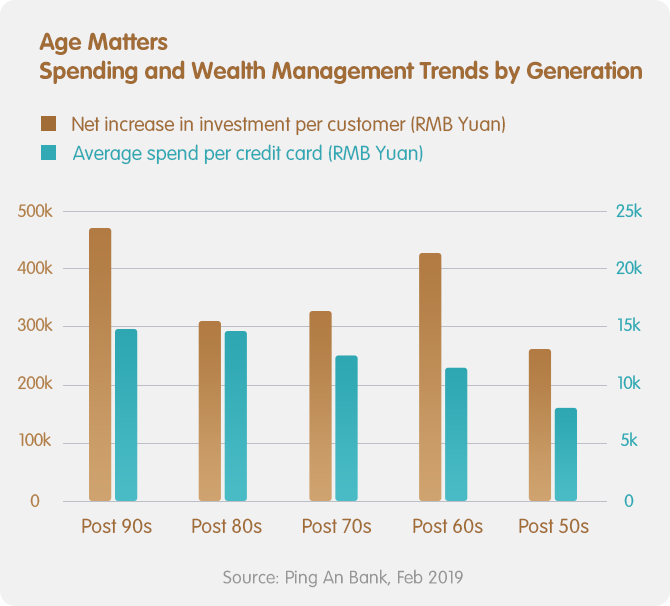 Managing money doesn’t seem to be an issue for the financially savvy millennials in this segment. During the festival period, high net worth customers born in the 90s added almost half a million on average to their investments, overtaking their parents’ generation.

Customers born in the 80s and 90s spent the most on their credit cards, averaging nearly 15,000 yuan per person.

Around the world in 21 Days

Over 85% of the high net worth customers chose to stay in Mainland China this year, while the remaining 15% left footprints across the world from Thailand to Switzerland. 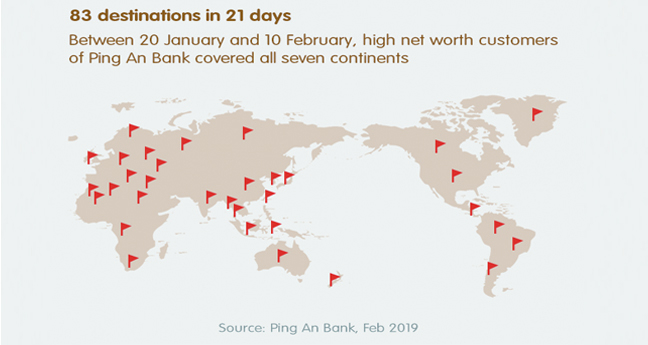 Asia and Europe were the most popular destinations during the holidays. In 2018, 2.95 million Ping An Bank credit card customers used their cards overseas, up by 30% year on year.

Traditionally people used to save up holidays and budgets for trips abroad during long holidays and Golden Weeks. But this time we saw an upward trend of domestic spending. 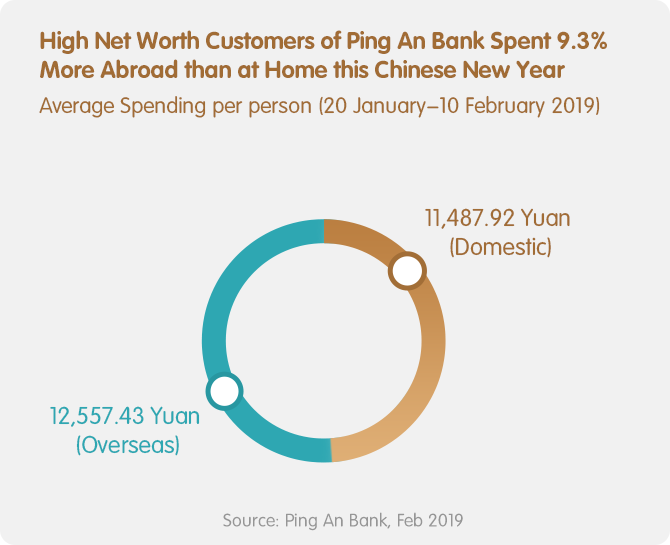 Whether at home or abroad, food and retail are the key themes in consumption data. Auto expenses also made in the top 10, as more Chinese travelers prefer experiencing destinations in rental cars over tour buses. 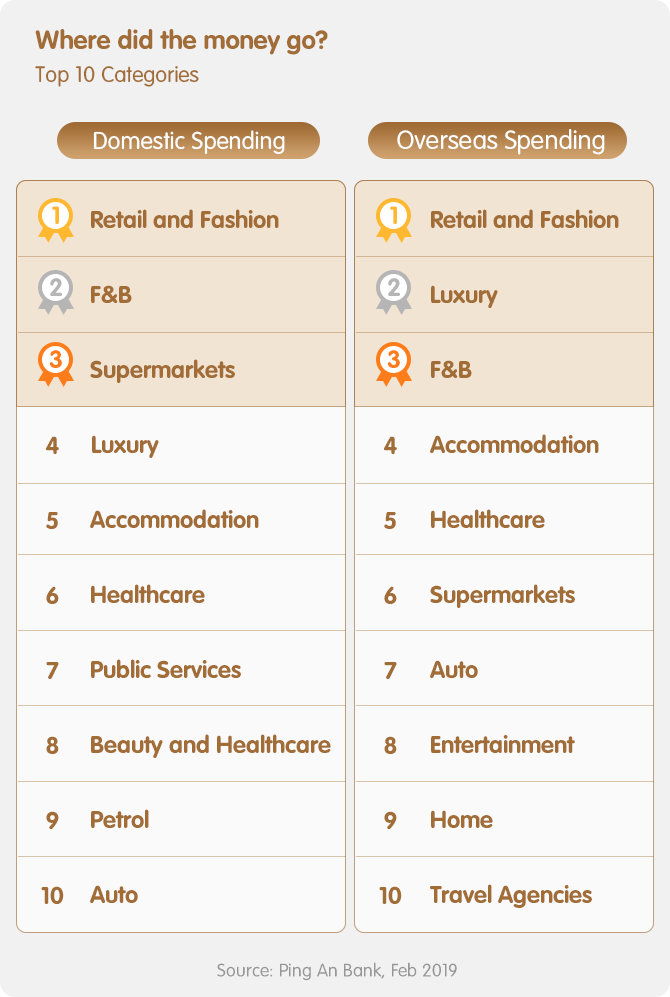